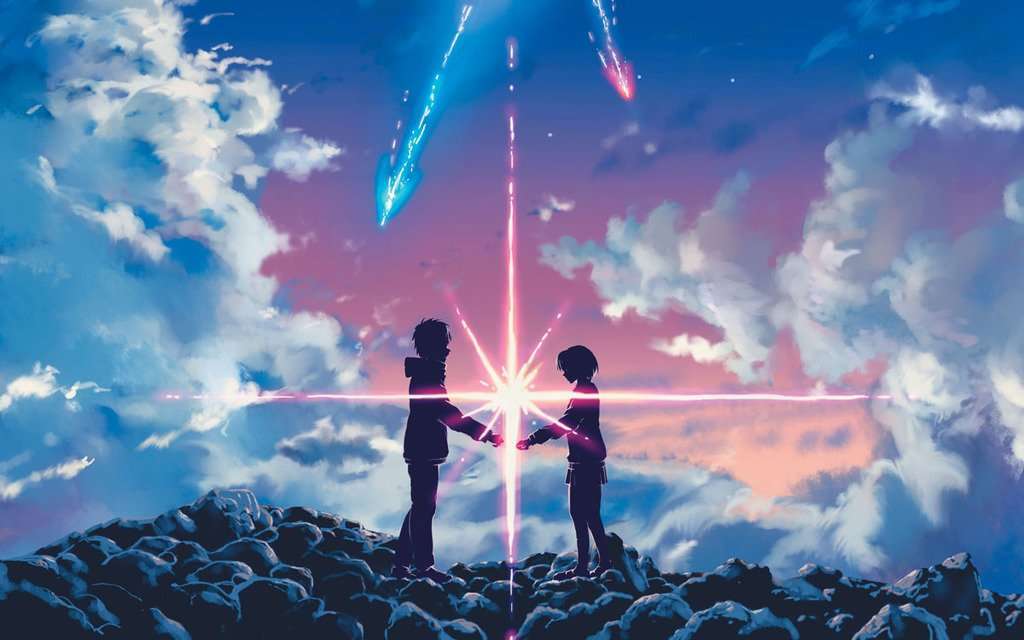 Over the last few years, anime has become much more popular worldwide than it ever was. It is because of this mainstream acceptance, anime movies are no longer limited to just Japan and are also released in other countries. Hence over the few years, we have had so many hit movies with insane box office collections.

As you may have probably guessed from the name, this is a movie by Studio Ghibli and is written by our dear Miyazaki Hayao. Usually, Studio Ghibli movies are suitable for all of the family; this one is directed more towards the kids. The story is much simpler than other movies like Spirited Away and it is made for pure fun.

The movie doesn’t let down for a second and much more easygoing than other movies. It does have emotional parts but they are not as strong as the other movies. As I said, it is a fun movie mainly directed towards kids. It was released in 2008 and yet managed a decent worldwide collection.

Howl’s Moving Castle was released in 2004 right after Spirited Away. Again it is a Ghibli movie with our dear Hayao – san at the pen. It is filled with Hayao’s feelings on early 2000s social issues. I was a small kid back then so I am not quite sure about those but one thing I am certain about is that this movie is really good.

I mean it got a 235 mil collection in 2004 when anime movies weren’t released out of japan very frequently. Heck, even anime wasn’t as mainstream as now back then. Yet it is amazing how this movie managed to get a 235 mil collection. It tells the story of a woman called Sophie who is aged by 60 years by a witch. To reverse the curse, she sets out to find a wizard called Howl.

I mentioned Spirited Away twice before so makes sense it would be here. As you may have guessed Hayao sensei has done quite a few really good movies over the years but Spirited Away released way back in 2001 is easily his best work at least in the box office collection. Maybe you like some other movie more than this but according to box office collections, this is his best work. It is a very easy-to-understand movie with some scary and emotional scenes. it is about a small girl trying to get her parents back from a well, witch.

It is the only anime movie to earn Academy Award for the Best Animated Feature Film and I feel it has earned that title. There are other movies more than worthy of the award but I have no idea when another anime will win an Academy Award.

At this point, you may have already guessed which movie is on Number 1.

Of course, this is number 1. You have seen how people went crazy for this movie both in and out of Japan. Despite being a continuation of the anime, it earned the insane box office of more than 477 mils. What’s even crazier is the fact that it was released out of Japan just in this year’s April and yet it has this crazy collection. The movie is a 100% cannon and if Demon Slayer comes back for a 2nd season (which it will for sure. It is not the matter of “if” it is the matter of “When”) it will continue where this movie left off so be sure to watch it before season 2.

It is an awesome movie with cool fight scenes, awesome soundtrack and the story is fairly simple like a Shonen anime is supposed to be. And man those UFOTable animations would have looked so good in the theatre. Unfortunately, it wasn’t released in my country.

Those are the top 5 anime movies with the highest box office collection. Let me reinstate it, these are not my personal preferences, these are actual numbers. Let me know down in the comments what you think of the list. As usual, stay tuned for more articles, and do not forget to check out our awesome art section. With that being said, I will take my leave here. See ya!!

Top 5 Arcs in Naruto Anime Series That You Should Watch