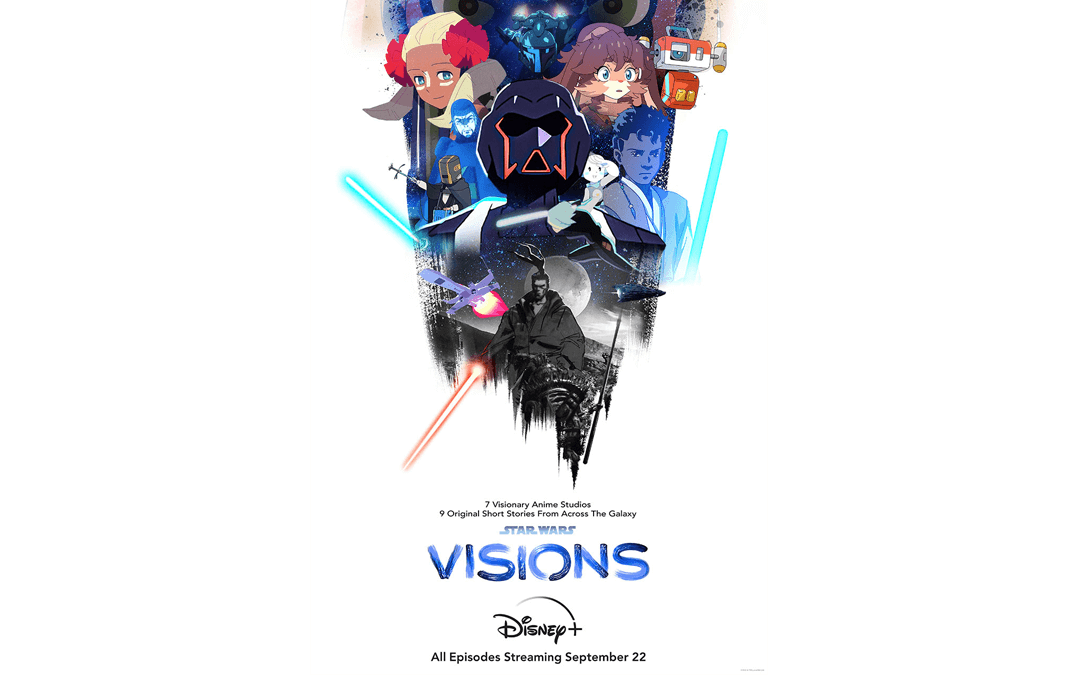 Ahh Star Wars, a franchise that needs no introduction. The franchise has been running for so long and it is still so famous. It is rare for a franchise to stay relevant for this long. I mean, the original movies came out way before I was born, and yet I like the franchise a lot.

The Star Wars franchise has its hands in a lot of stuff. Movies are the obvious ones; they have an animated series and quite a few games too. Finally, they decided to step into the anime market. So Star Wars: Visions is basically the anime interpretation. It dropped on Disney+ just 2 days ago and I have to say it was quite good.

Now, this article is not a review. I am just trying to shed some light on a rather interesting topic. So let’s get into it.

Star Wars: Visions is a licensed, Japanese Produced anime based on the Franchise. Now, the “Japanese Produced” part is important here because that is what makes an anime. It is basically a collection of 9 short films of varying length (13 to 22 mins).

Seven different studios worked on these “episodes” with Lucasfilm Animations being the lead producer (of course, they own technically own the franchise after all). These 7 studios are Kamikaze Douga, Studio Colorido, Geno Studio, Trigger, Kinema Citrus, Production IG, and Science SARU. Each “episode” tells its own story set in its universe.

I have to say though, Star Wars: Visions turned out to be way better than I expected.

All “episodes” or short films in Star Wars: Visions are mostly independent of each other. The stories they tell vary greatly from episode to episode. These episodes just take of the studios I mentioned on the series. They have a really different appeal than what we see in other Star Wars media yet, all of them feel so familiar.

I won’t go into the whole debate of whether Star Wars: Visions is canon or not because the episodes are meant as a homage to the series. So take them like that. Some episodes are a bit more story-driven than others though. All of the episodes are full of references to the main series.

Star Wars: Visions doesn’t take away from anything we know and love about Star Wars. It just adds more variety to this already great series. The plots of the individual episodes are really entertaining and much better than what you would normally expect. A fair warning though, some of the episodes do leave you on cliffhangers.

The animations are also of varying quality since the episodes are done by different studios. Some of them are really good and some of them are just average. Trigger probably had the best animation of all studios. Their animations were just epic.

That is all I have for now. The story and animation of the episodes vary greatly but, all in all, it is a pretty enjoyable series. I like this step by Disney to expand a known IP like Star Wars in a new way. Their idea of bringing multiple studios to the bench was also very good. I definitely recommend that you check these out, Star Wars: Visions is definitely worth your time. With that said, I will take my leave here. See ya!