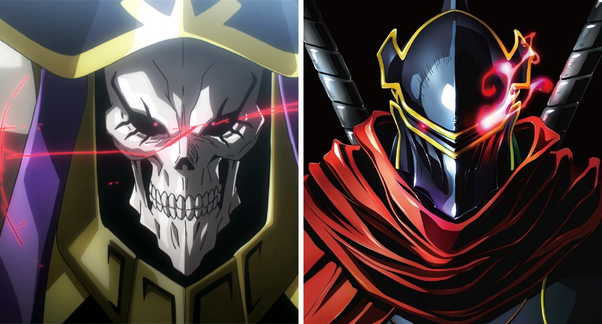 The Special Live Stream for The Overlord anime was something I never thought would happen, but it did, and with joyous news at that.

It looks like there is more than just one new season coming to us soon because, along with another overlord series, they announced an animated film as well set in-between seasons 3 and 4 of the TV show.

Overlord is a delightfully dark, twisted tale of your ultimate quest to rule the world.

The story follows Momonga, who gets trapped and then has to take over an evil empire to escape with his life. Along the way, he finds out that there are other players like him, fellow adventurers from different worlds coming together for one final showdown!

Has released three seasons thus far, which are available to stream now.

Here is a tweet with the visual for season 4:

When a popular MMORPG is going to be shut down permanently, veteran player Momonga refuses to log out.

As NPCs begin to develop personalities and minds of their own, he decides to put his skills to use as the game’s new overlord. Studio Madhouse will return to create this season to create more fun and amazing animations for their fans.

No dates are out yet, but we’ll keep you updated as soon as we know! Here is another Teaser for Season 4 that we think you will like:

Overlord has been a fan favorite and fans are really happy with this news. What do you expect from the new season? Can’t wait to see this new season? Let us know in the comments, we love to read them!