Overlord IV is an anime I was rather concerned about. A lot of people didn’t like the last season’s ending. I didn’t have a problem with the ending per se but, I kind of lost interest in the series after season 3 ended. So season 4 really had to draw me in otherwise I’d have quit mid-way through. And low and behold, it actually managed to do that. I didn’t quit the season, moreover, I actually quite enjoyed the last few episodes.

So welcome back to another one of my reviews. Let’s talk about Overlord IV today. I have watched the season till episode 11 at the time of writing, not sure if episode 12 is out already or not. But, I actually really enjoyed the last few episodes. I didn’t expect that I would be drawn in this much. So let’s get started. Nothing too crazy here. Overlord IV picks up after the events of the last season. Ainz has his own country now and throughout the season we see him consolidating his own country. Figuring out what he needs and how he will rule. He left most of the diplomacy matters to his more capable subordinates i.e., Demiurge and Albedo. While he himself works on matters that interest him.

So what made me interested in Overlord IV? One simple answer: world-building. The world-building in this season is very good. Not only did they give us a kind of map, but they also highlighted a lot of changing political situations after the emergence of Ainz’s kingdom. We even got to see some of the smaller parts of the world like that Dwarven Kingdom. Sprinkle a bit of Overlord caliber fight on top of it, and it becomes a really enjoyable season.

On the flip side of the world-building though, the characters didn’t really change much in Overlord IV. They’re the same old characters, if you like them before you’ll like them now. Ainz and Demiurge still remain my favorites. Their conversations are always on a five-brain level, I love seeing them interact. The newer characters were mostly forgettable. But you know, that’s Overlord. Most characters outside of Nazarick are pretty forgettable.

Overlord has always had some of the best art styles and animations. Overlord IV is no different. The animations are good, some scenes really carry the “weight” they’re supposed to. The fights look awesome and I love the color palette of this anime. As for the soundtracks, as typical of Overlord, they picked a banger opening theme. Some of the BGMs are really good as well.

This is what I mean by good art direction. This looks so awesome!

Well, here are my final scores for Overlord IV:

I wasn’t doing this job back then but, I’d have given season 3 a 6/10 so Overlord IV managed to climb up quite a bit. I started this anime because the job required it as it was one of the big names animes from the season. But, I actually enjoyed it and that’s great. Let me know what you guys think in the comments. I will take my leave here, I’ll go and play some Borderlands. See ya!! 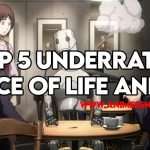 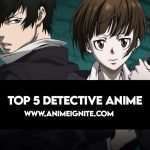 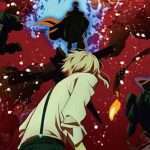