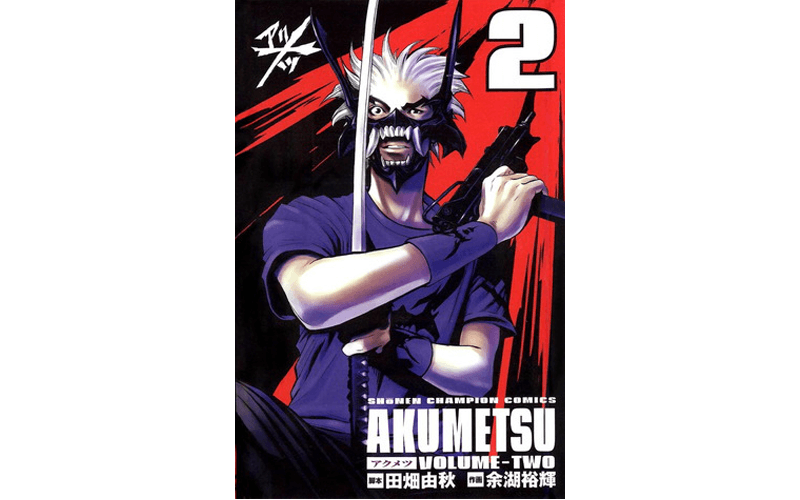 Here we are back again with a manga recommendation for you. I found this manga rather recently and I just loved it. It may not be something new in terms of the plot but, the execution of the plot is great. I really loved the protagonist; he is one of the reasons why this manga is so good.

You have read the title; you know we are talking about Akumetsu this week. This is a recommendation and not a review so; don’t expect any scores at the end. And yeah with that said, let’s get started.

Akumetsu is written by Tabata Yoshiaki and illustrated by Yugo Yuuki. It is 162 chapters or 18 volumes long and was originally serialized in Shounen Champion weekly from October 2002 to April 2006. It is obviously rather short for a shounen manga but, don’t let that fool you. Akumetsu is full of surprises.

Akumetsu is a crime/suspense manga and is really similar to Death Note. Funnily enough, Death Note came out just a year later and both the mangas ended a month apart from each other. Despite having a similar setting and premise though, both mangas are rather different and I’d rather not compare them.

In Akumetsu, Japan is in extreme economic depression because of the spread of corruption among politicians and higher class people. When almost all hope is lost, Akumetsu appears and starts killing these corrupt politicians to try and make things better. Akumetsu makes them confess what crimes they committed and then kills them off.

The plot sounds generic right? But, when you read Akumetsu you realize that they managed to a lot with this generic plot. It makes you question that is killing criminals enough to cleanse the world of crime? Is killing a bad person justifiable? And the lot. This plot also gives way to the awesome character development of Akumetsu himself.

Many characters appear in Akumetsu but, Akumetsu himself is the best character hands down. Normally, Akumetsu is a high school student, Hazama Shou. He appears to be a normal high school student at first but, he has a lot of depth. He realizes that killing will not stop the spread of evil but, he still continues to fight because he believes that it is better than doing nothing.

Akumetsu has this way of killing his victims. He has a wacky sense of humor which makes even some of the dark stuff funny. He doesn’t try to be needlessly edgy and just does his thing. The villains are all over the top too which makes it fun to see them get killed. 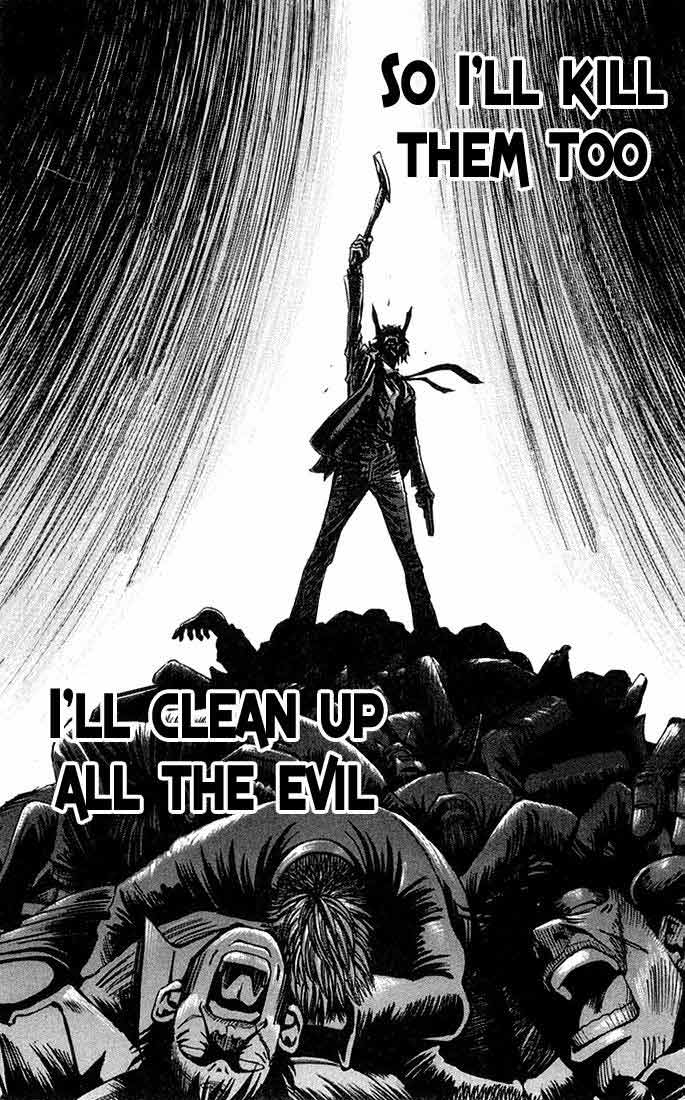 Akumetsu has great art. Yugo-sensei took inspiration from real-world people while designing the characters, this gives a real feel to the art. But, at the same time, they don’t forget that this is a manga and a few characters have exaggerated features to show their personality. They do a great job of making Akumetsu look good no matter what crazy outfit he dresses up in.

Why should you check out Akumetsu?

That is it for now. Let me know your thoughts down in the comment and leave any recommendations you may have for me down there as well. I have a rather big article coming up so stay tuned. With that said, I will take my leave here. See ya!