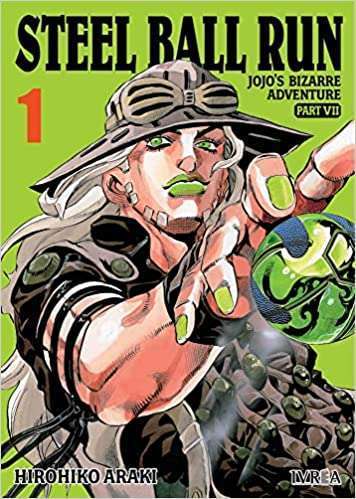 I have been a fan of this series for a very long time now. I love how the series keep getting weirder and weirder with every part. Could have chosen part 1 but, part 1 is kinda boring; the whole series in 1 recommendation would be rather bad. So I decided to go with part 7 as this anyone can start up with this part just fine. Yes, this week we are talking about JoJo Part 7: Steel Ball Run.

So welcome back to another edition of our manga recommendation series! We are talking about JoJo part 7 this week. Anyone can read JoJo Part without any prior knowledge of the series. You won’t get the callbacks to the previous part but I think you can enjoy it nonetheless. With that said, let’s get started with it. 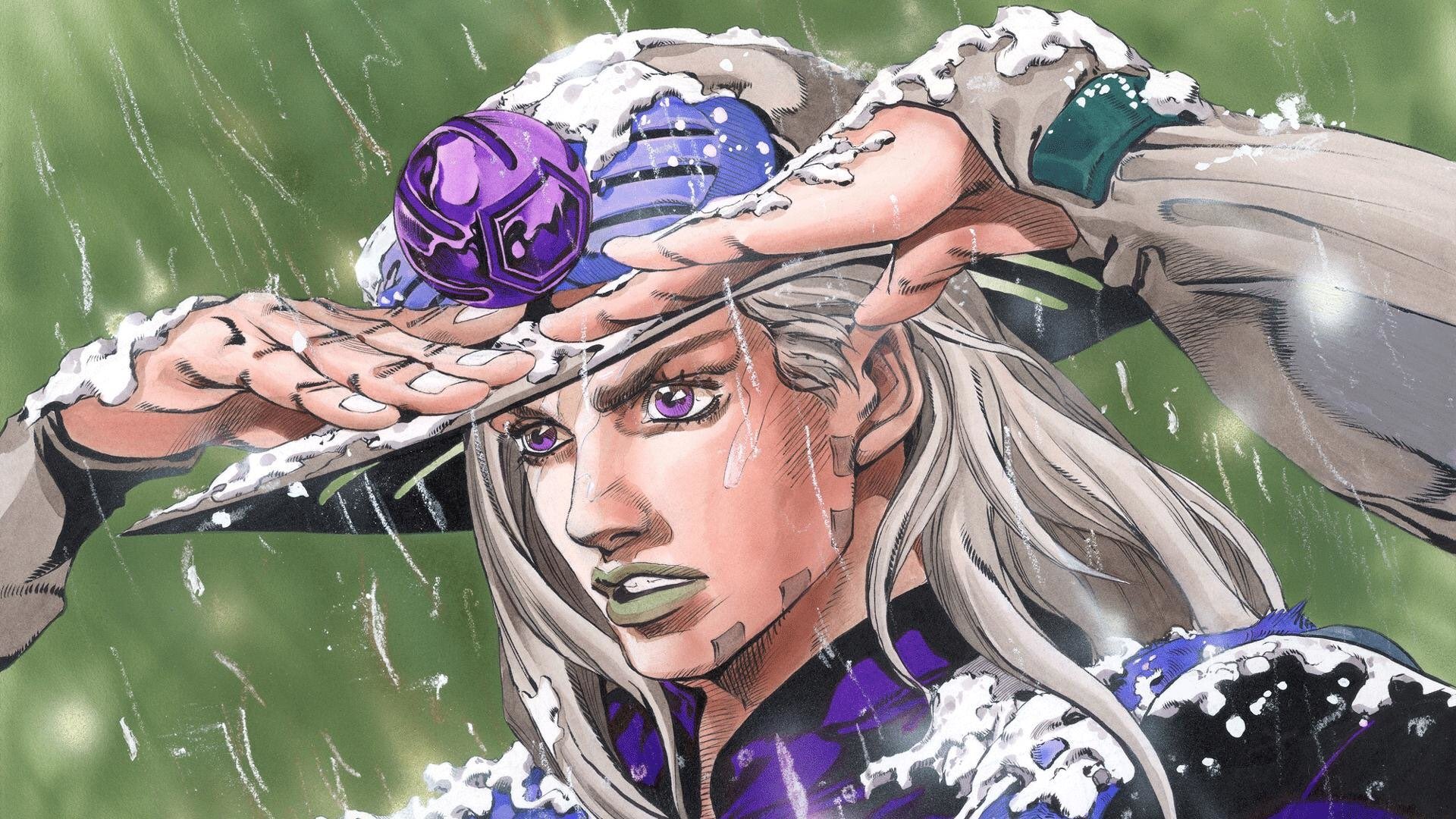 Like all parts of the series, JoJo Part 7 is written and illustrated by Hirohiko Araki. It is 24 volumes or 96 chapters long. SBR was originally serialized from 19th January 2004 to 19th April 2011. It is also the second highest-rated manga on MAL which is a pretty big deal. It has been on that spot for quite a while as well.

I normally don’t recommend skipping parts of a manga but covering all 8 parts in a single article would have been pretty messy. This is a good starting point because of the timeline difference so I chose JoJo Part 7 considering everything. If you’ve not read or watched JoJo, be warned that this stuff is weird as hell. Let’s get into more details. 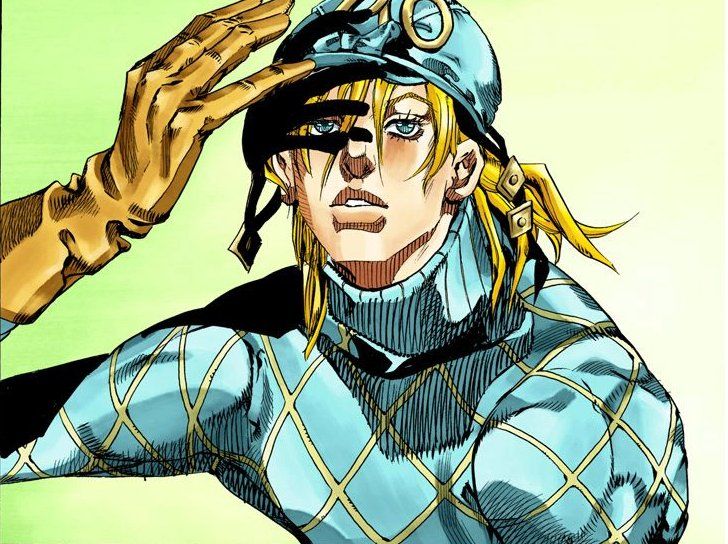 So believe it or not, JoJo Part 7 is actually about a race called “Steel Ball Run”. The protagonist Johny Joestar is a cripple and comes to San Diego to watch the race but, he witnesses a guy called Gyro Zeppeli use a pair of steel balls to defeat an opponent in a duel. Johny touches the balls by accident and stands up for the first time in years. He then joins the SBR himself in order to find out the truth about the balls,

That is a lot of “balls” for one paragraph but, that is JoJo in a nutshell. JoJo always has some of the weirdest plot settings I have ever seen and the plots are completely outlandish at times too. That is all part of JoJo’s charm though and besides, this wild west setting is really good. Just like almost every part of JoJo, SBR also has a lot of plot twists, It is a great plot all in all man. 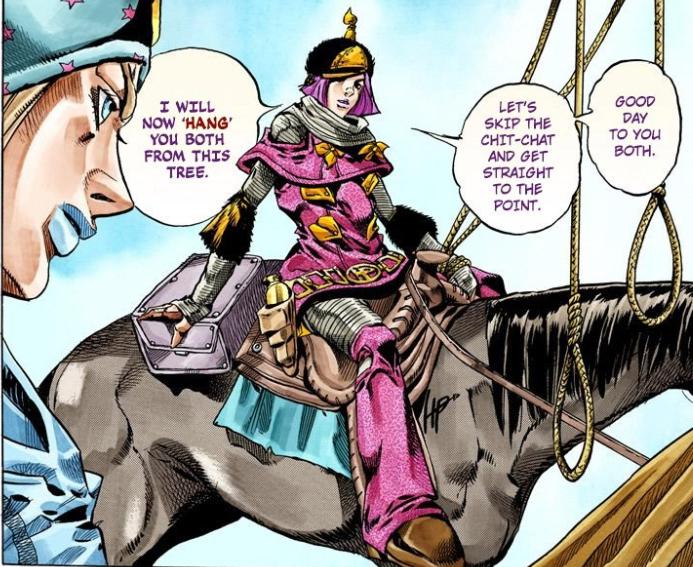 From Johny to Diego and from Gyro to Valentine JoJo Part 7 has a pretty vibrant cast of characters. The villains especially though, Diego and Valentine are really memorable. JoJo villains always have this kind of charisma to them and this is a good representation of that. Aside from that, I consider Johny as my 4th favorite JoJo so he also got a lot of character development and he grows up to be a very strong MC. Of course for me though, Diego (Dio) beats everyone else because of his charisma.

JoJo arr style has always been a bit weird but that is what makes it stand out. Araki-sensei’s art has really gotten better compared to the past 1 days. Almost everything looks so much more refined now. Araki-sensei makes some blunders in the art from time to time too and that makes it even funnier. Solid art though, all in all. 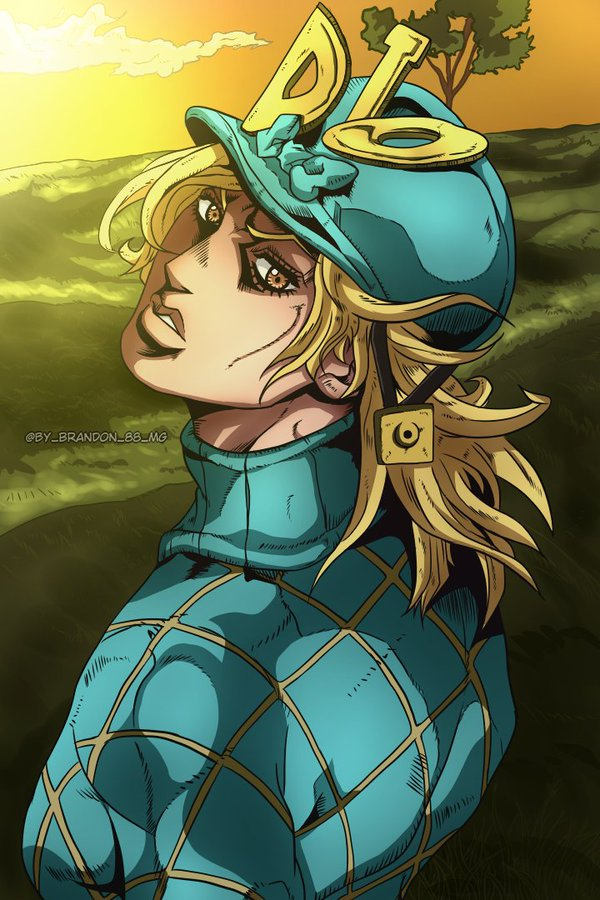 Why should you read JoJo Part 7?

That is all for now. Let me know what you think in the comments. JoJo is a huge series and I really think more people should give it a chance; just to understand the memes if nothing else. With that said, I will take my leave here. See ya!