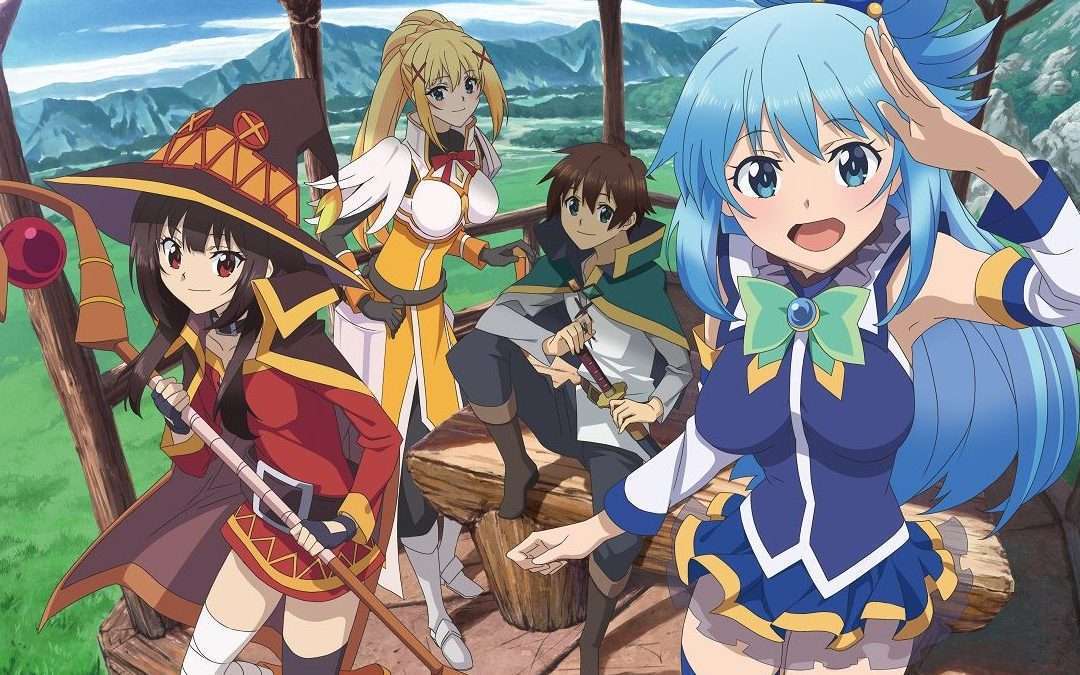 Here we go guys, here we go. Just a few weeks ago I was rambling about no KonoSuba Season 3 announcement yet but here we are. Finally hahaha. I am so excited about this season more than that I am curious about how the story will progress from here.

I have no idea what will happen in the story from here on out since I have not kept up with the light novel. I never did read KonoSuba light novel but, doesn’t change the fact that I love it. we here are with an announcement about a new anime project, so let’s get into the details

What do we know about this new “Anime Project”?

We don’t really know much about it yet but most probably, it is a season 3. I mean an “Anime Project” would refer to either a new season or an OVA. I may have not read the novel but I know for a fact that there is more than enough source material for a new season.

On Sunday (18th July), the KonoSuba channel from the Iseakai Museum live stream announced a new anime project for KonoSuba along with a key visual. Except for the key visual, we have nothing for now sadly. But hey, at least there’s a very good chance season 3 is coming. 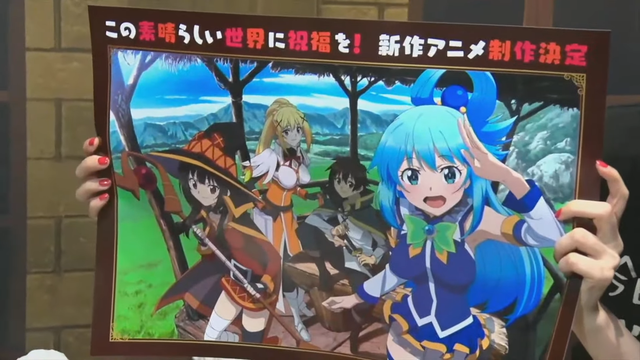 Here we are on the tough part once again. So I expect this “anime project” to be a full season instead of an OVA or a movie. On one of the Reddit “Ask Me Anything” posts, the producer of KonoSuba Juichiro Tamura hinted at a season 3. So there’s a really good chance that this project will be an anime season.

Well whatever the new project is, it’ll most probably be done by JC Staff once again rather than Studio Deen. As for my release date expectation, if it is indeed a full season it’ll most probably come out next year. If it is an OVA, it may show up this year since OVAs are short and the season doesn’t matter for them.

As for the story, I seriously don’t know what gonna happen now but, I do know that it’ll really really funny once again. We’ll get to see another one of the demon king’s generals of course since it’s the story pattern. We see one general per arc. The interaction with them will probably be crazy again hahaha.

Welp, that is all I have for now. Let me know your thoughts down in the comments. Do agree that this new upcoming project will indeed be a full season and not an OVA? Let me know. Either way, I am really excited about this. I mean it’s KonoSuba we are talking about, even an OVA will be entertaining and worth the time.

As always, stay tuned for more content, and do not forget to check out our art section. With that said, I will take my leave here. See ya guys!