Now here is a manga that I recently started reading after I saw the initial news of its anime adaptation. I really liked and I even included it in this week’s manga recommendation. I was just finished with that article and a new trailer dropped announcing different details regarding the anime adaptation. So of course, I had to do an article talking about all the announced details.

So here we are; I finally decided to do an article talking about Kaijin Kaihatsubu no Kuroitsu-san’s anime adaptation. I really liked the manga it’s carefree and fun so I am genuinely looking forward to the anime. There were quite a few details announced regarding the anime so here is all we know.

Aside from revealing the major cast and staff of the anime, the trailer for Kuroitsu-san also announced that it will be coming out sometime next early next year. So that would mean either in winter or spring 2022. You can check out the new trailer here. The trailer also features the song “Special Force” by AXXX1S which will also serve as the opening theme for Kuroitsu-san.

Kuroitsu-san will be animated by Quad, which is a new studio and this anime is their first project. That said, it does have a few veterans like Saito Hisashi, Takayama Katsuhiko, and Morimae Kazuya who are handling the direction, composition, and character designs respectively. If you have heard of these people, you know they’re really good at what they do.

As for the plot, Kuroitsu-san revolves around the daily life of Kuroitsu Touka. She works for an evil organization that is trying to take over the world and spends her days developing new monsters. Yes, you heard that right and yes, the plot itself is really funny. 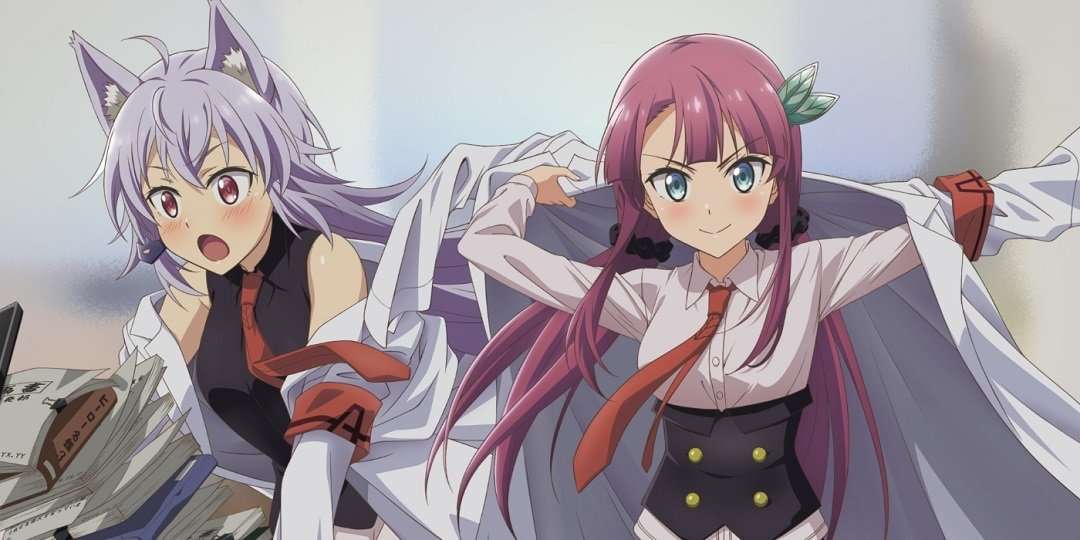 Honestly, I am quite surprised by the Kuroitsu-san manga so far. I did not expect it to be as good as it is. Comedy-fantasy is a rare genre and a well-executed plot in this genre is even rarer. Despite the simple plot, Kuroitsu-san manages to provide some genuine entertainment. You just put your brain aside, forget about your troubles and just immerse yourself in this manga. Yes, it is that fun.

So I have high hopes for this anime. The animation quality of the trailer is pretty good and I’d be really happy if they can continue it to the actual anime. And my 2nd wish is that they don’t skip over the content. Even if the plot isn’t exactly important in Kuroitsu-san, I don’t want them skipping over stuff because some of the subtle jokes are just too good. Well, time will tell how good the anime will be. I am seriously looking forward to it.

That is it for now. Let me know your thoughts in Kuroistu-san down in the comments. As I have said multiple times now, I am genuinely looking forward to this anime because the manga turned out way better than I expected. With that said, I will take my leave here. See ya!