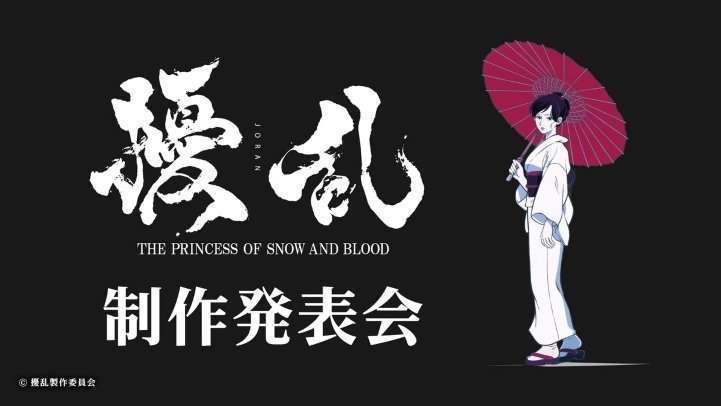 Now a WIT original anime called “Vivy: Fluorite Eyes Song” is already in production for spring this year, we are lucky to have another original anime. Original anime are getting rarer by day as the number of manga and light novel prints keep increasing and so do their adaptations. So having 2 original anime in a season is something I’d call rare. This time it is an anime called “Jouran: Princess of Snow and Blood”. It was announced by Bushiboard. They announced the staff, cast, and its promotional video in a press conference. Now if you don’t know:

Bushiboard is an entertainment company. They have made many things ranging from trading cards to mobile games and apparently, they have made animes earlier too. Bushiboard is basically a huge company that makes a lot of things. I don’t know much about the previous anime but, this one looks rather interesting (I will talk about why a little later). As for the games you may have heard about Love Life! School Idol Festival, they made this game. It is a rather famous game with over 40 million players. But that’s enough about the company now 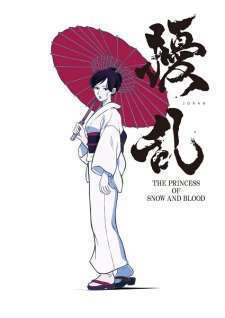 About Jouran: The Princess of Snow and Blood

From what I have seen, the Jouran is set in an alternative version of Japan in 1931 or the 64th year of the Meiji era. In this version of Japan, the Tokugawa Shogunate was never abolished and hence, the Meiji Emperor was never restored to power. The anime will follow the activities of a group called “Nue” that enforces the law. They have developed their own energy source called “Dragon veins”.

Now this anime can be interesting for multiple reasons.

1) It will provide a mix of Edo period and Science. Which I expect will be something like Gintama but a little more on the serious note.

2) Its plot seems dark. For an anime set in an era filled with conflicts and revolutions, a dark plot makes sense. Gintama is unique as it manages to show its dark world even though it is funny. But for such an anime, the dark plot seems most logical and appropriate.

If I had to say, it will be something like the fusion of Gintama (in serious mode) and Rurouni Kenshin. If they can get this mix down perfectly, the anime is sure to be a spectacle to watch. As for the studios, it is being animated by a studio called “Bakken Record” who only have animated a movie called “Pandora to Akubo” which was a collab between xFlag and Tatsunoko Productions both of which are well-known anime producers. I am a bit concerned about how the animations will turn up given the inexperience of the studios but if they can maintain the animation quality like the PV, there’s no way this anime won’t turn up well. The opening and ending themes will be given by an all-female band called “RAISE A SUILEN”. Their songs are awesome. Do check out the PV to get a feel of their songs as well. With this, I will take my leave again. See ya! 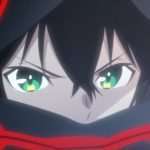