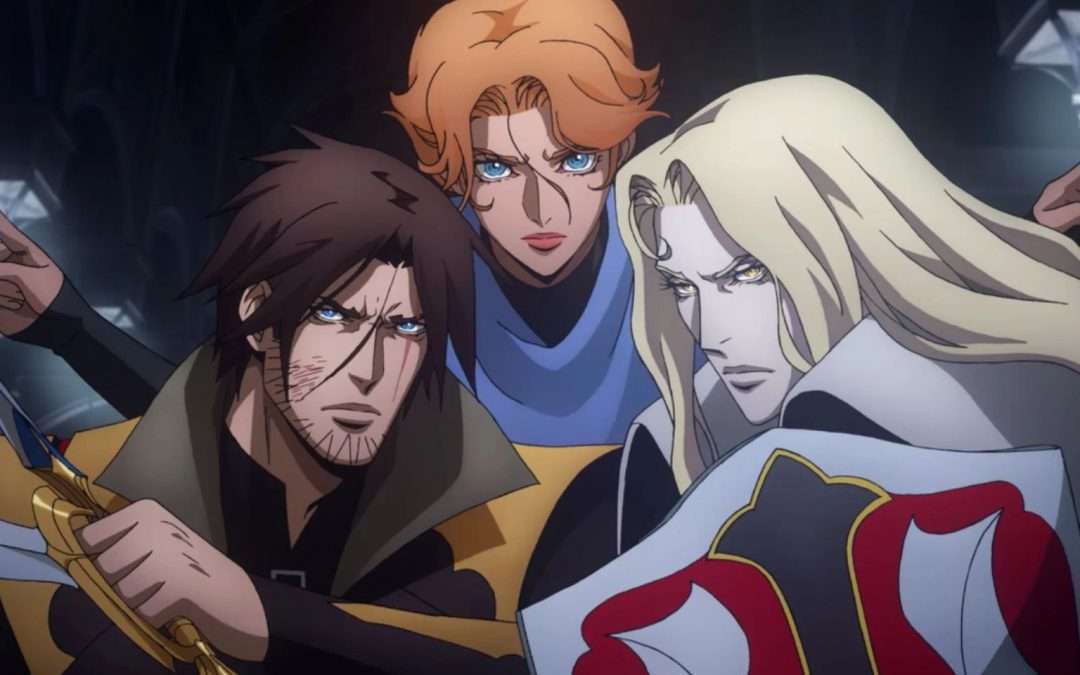 When they first announced that Castlevania was getting an Anime on Netflix, the only thing that I could think was, “This can’t possibly live up to the Video Games.” Well, after watching Season 4 and thinking about the seasons that led to it, I can say with 100% confidence that they nailed it! If I had to score this out of 10, it would be an 8.8, which is very good. Not a timeless masterpiece, but thrilling till the final episode.

Want to know why I feel this way? Keep reading to find out. Through The Lens of a Castlevania Alumni

I grew up playing Castlevania, and I can vividly remember playing as Simon Belmont on the Nintendo. I was very young, navigating through Dracula’s castle, and feeling incredibly excited and nervous as I made my way to face Dracula with holy water equipped (always!)

My favorite Castlevania game of all time has to be Symphony of the Night! I loved being introduced to Alucard, starting with all of his special equipment, then losing it before the game truly began. It was an experience that stuck in my mind, even to this day.

As you can probably tell, I wasn’t going to settle for a mediocre Anime based on one of my favorite childhood games.

The story is about Trevor Belmont, who’s on a quest to defeat Dracula and his minions from taking over the world. Along with his companions Sypha Belnades and Alucard (Dracula’s son), they must stop him before it’s too late.

Season 1 starts with Draculas’s wife being executed. He then vows to take revenge and turn the world into a dark place so he can rule. There are now four seasons that make up this anime series.

Season 4 of Castlevania was a great way to end the series. It has been running for several years now (oh how time flies), and I am glad that they didn’t try to milk it to make more money.

This season immediately starts with action where Trevor and Sypha are fighting monsters back to back. It’s crazy how huge of a power vacuum that Dracula left after he died. Issac’s Character Arc Was Wasted in My Humble Opinion

First, we have Isaac, who originally wanted to bring back Dracula, but finally growing up and realizing that he should pursue his own ambitions instead of chasing his old master’s shadow.

I wound up liking his character growth, although I feel like they didn’t tie his character arc into the main story as well as they should have.

If there is a spin-off, I would like to see Isaac come back and have a proper boss-level battle with the main characters.

Hector Was Fooling Himself The Whole Time With Lenore

Hector was a complete fool the whole time when it came to Lenore. She starts off their relationship by manipulating him into wearing that ring that made Hector her slave. Yet, we see him act like this is an authentic, loving relationship now. This emotional ignorance is so nonsensical that even I could have told you how it would end.

Of course, she decides in the end that Hector isn’t a good enough reason to continue living and ends her life in a surprisingly similar way to the Blade 2 movie (cliché vampire sunrise suicide lol.) I honestly don’t blame her though, I mean, would YOU want to spend years with Hector? Just kidding, of course (or am I?) Carmilla Got Too Greedy and Lost her Way

As much as I wanted to like Carmilla, this season made it even more challenging when she decided to get greedy and take over the world (I was getting serious pinky and the brain vibes, haha!) What annoyed me the most was that instead of focusing on keeping her sisters together, she gets power-hungry, which is why she lost.

Instead of having her sisters and soldiers close by, her army was fragmented because she was too hasty and spread them out too thin. I mean, why wouldn’t you wait until Hector created a massive army for you before you start making significant moves? Due to this blunder, Striga is nowhere to be found, and they end up losing against Isaac.

I liked the four sisters and hoped that in the end that they would finally understand that what’s most important was to be with each other instead of “Power.”

Let’s Talk About The Main Characters

Although the supporting cast was great, there is no denying that our three main characters are why we kept coming back each season for more of this Great Anime. Please keep reading to hear my thoughts on them in particular.

Sypha Was Incredible This Season

What can I say about Sypha other than she was indeed one of my favorite characters of the series! Her magic was incredible throughout, but in season 4, she truly kicks it up a notch!

The way that she manipulated Fire, Ice, and Lighting with such ease makes me completely forgive her for cursing like a sailor (We can blame Trevor for that for sure lol.) One of my favorite scenes with her is when she starts using the fire and ice swords and has the magic behind her. Then, when the magic on her back becomes lighting, I knew I loved how badass she is!

I think what I liked, even more, was the scenes where she would take control and lead the villagers by telling them how to properly organize, as well as defending their right to keep their food.

Her raising her child alone bummed me out at first, but it all worked out in the end.​

Alucard lived up to his family name

I feel like Alucard was the one character I was most judgemental about coming into watching this series. How couldn’t I be, though? He was my favorite character in the Castlevania games, and Symphony of the Night was a high hurdle to jump in my eyes.

Well, after watching this series, I can happily say that they nailed Alucard! He reminded me so much about Symphony of the Night that multiple times I could swear that the creators must have been just as big of a fan of the game as I was.

My favorite part that emphasizes this point is when Alucard, Trevor, and Sypha begin fighting in the castle, and he turns into a wolf and then slams the giant vampire monster down. I had to rewind this season multiple times and will probably watch it again soon.

I also really enjoyed the relationship between him and Greta. After what happened in season 3, I felt like he needed someone to open up to and rightfully deserved it. Greta was a badass in her own right as well! That hammer she had was putting those vampires to rest pretty efficiently!​ What can I say about the final battle other than Holy Crap! He fought Death, and he beat him. This last fight felt just like an actual boss battle, and he lived up to the name Belmont at that moment.

I liked the fact that he used his ultimate weapon in the end. This is the same weapon that he kept finding pieces throughout his journey, just like you would expect when playing a game. It felt satisfying to see Trevor wipe that smug look right off of Death’s face. I might have to make that shocking look on Death’s face on my phone’s wallpaper for a bit…

However, what set the stage for this fight in my eyes was what Trevor said in Response to Death, Saying, “And whos going to make me go? You, with your bit of string in your hand?”. Trevor then comes right back at him with, “Probably not… But let’s just give this one last go…” His reply to this was something that I think everyone should take note of.

What Trevor said reminded me that even in the face of adversity, even when there seems like there is no way that you can accomplish something, you have to get back up and “give it one last go!”

Where to Watch the Castlevania Anime

The full Castlevania Anime Series is currently streaming in its beautiful entirety on Netflix. If you haven’t seen all four seasons yet, what in the world are you waiting for?

In conclusion, I have got to say that this series was one of my favorite anime to come from Netflix thus far. I am eternally grateful that I was alive to watch it from start to finish. To the creators of this excellent series, thank you from the bottom of my heart.

Have a different opinion on this series? Any issues with Season 4? Let me know in the comments below! 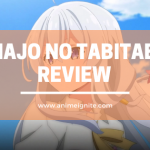