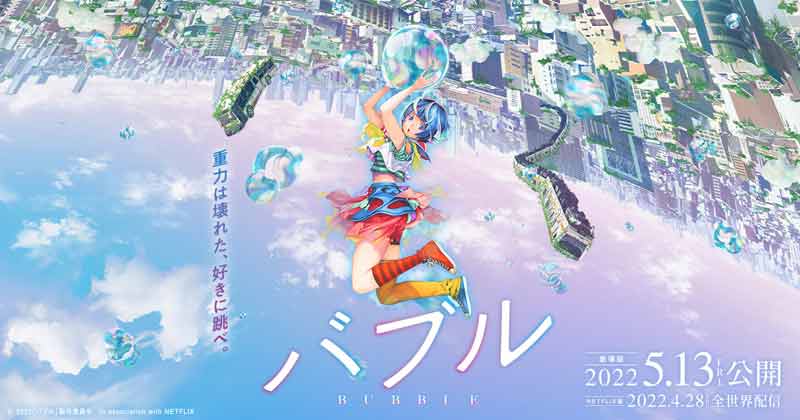 This announcement first drew my eyes because the last time WIT did an original anime, it was a memorable experience. And that anime is still very close to my heart. Then I actually saw the details of the announcement and it blew my mind. Seriously.

This movie looks really interesting; not just in the plot but it also has quite a lot of big names behind it. The name of the new movie is “Bubble” and it looks to be a Netflix exclusive but, as much as I don’t like Netflix exclusive this movie is different. Why? Well, look at all the info we have regarding Bubble.

What do we know about “Bubble”?

Warner Bros. opened a new official website for Bubble yesterday (7th December) and they revealed a teaser visual, trailer, and the main staff and cast. Here is the list of the main staff members announced:

That’s a pretty crazy staff selection right there. This alone is enough to make Bubble a great movie and now, add WIT animations on top of that ooh boy, this gonna be great.

The premise sounds decent as well. Bubble is set in an alternate version of Tokyo where “bubbles” that bend gravity rained down on the city. Parkour is extremely popular among the young people in the city now. Bubble follows Hibiki a guy who is known for his reckless nature. One day Uta a girl with some mysterious powers saved him. They journey to find the source of a sound only they can hear.

Bubble is set to air worldwide on 28th April 2022 only on Netflix and it will be released in Japanese theatres on 13th May. 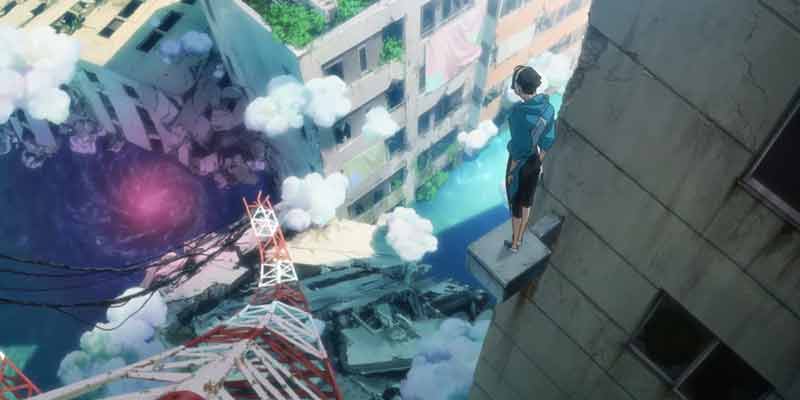 Check out the teaser trailer of the movie here man, what do I even need to say here? I mean just looking at the staff is enough to tell you that Bubble is going to be a great movie. That staff selection right there is a wet dream of someone like me and now it’s finally coming true. The premise of the movie also sounds great.

I love the design and setting of Bubble’s Tokyo. It is so colorful yet is destroyed in places at the same time. The PV does a great job of highlighting colors where important. So, Bubble will be a blast to watch in the theatre man, too bad I probably won’t get a chance to do that.

That is it for now. Let me know your thoughts on Bubble down in the comments. Are you excited about it as much as me or not? For me, it’s literally like the main staff is made up of my favorites. So I am really excited about this. With that said, I will take my leave here. See ya!!