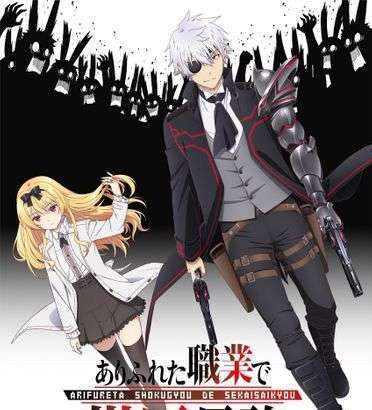 Soooo this was a pretty busy week. Not in terms of anime specifically but, the gaming world was pretty rattled this week. Nintendo showcase, Sony State of Play, Ubisoft showcase, and whatnot. The future of Assassin’s Creed is looking very interesting I have to say. On the anime side though, Cyberpunk Edgerunners was awesome as hell. Bossman will be doing an article on it so, I will not touch it. Just check it out if you haven’t already. All that aside, we are here to talk about Arifureta today.

Now I will be blunt here, I am not the least bit surprised by this announcement. I was surprised with the season 2 announcement, yes but this was pretty expected after season 2. Arifureta has gained a pretty big following and it continues to grow… well, kind of. There’s not a lot to talk about so feel free to skip to the news section. I will start with an introduction as always.

Arifureta is an anime based on the LN of the same name by Ryou Shirakome. It is an isekai adventure anime. It follows Hajime and his journey from (as the title says) commonplace to the world’s strongest. Hajime and all of his class were summoned to an isekai world to save the people as usual. But, after being betrayed by one of his classmates, Hajime changes his objectives. He decides to find a way to go back to his world. For that, he needs to conquer different labyrinths and he sets off on a journey to do just that.

It is a typical hero’s journey-type story. But something about Arifureta really draws the audience in. People know that this show is nothing special yet somehow, It is probably most people like me who like to see strong MCs smash through stuff. It is a good anime in my opinion though, regardless. What do we know about Arifureta Season 3?

Well, to be honest, not much. Arifureta season 3 was announced at the OVA, Maboroshi no Bouken’s advance screening/talk show event a few days ago. They gave an announcement visual as well as an announcement teaser for season 3. You can check out the teaser here. And that about does it. It is most probably in early production so no staff/cast announcements and no release dates/windows. So let’s move on to my rambling section.

I’ll try to keep it short. That teaser looks really good, not gonna lie. I am more than a fair bit excited about Arifureta season 3. I think season 2 was pretty good and I am very interested in seeing where the story goes from there. Especially the season 2 ending was awesome. I still have clips from those last few episodes. So yeah, I very much look forward to season 3, I doubt it’ll be much different in terms of production quality from season 1 or 2 but that’s perfectly fine. As for the release window, I’d say we should see it sometime in late next year maybe even early 2024.

Well, that about does it. As I said, I am pretty excited for Arifureta season 3, more good stuff and revenge to come I feel. Let me know what you guys think in the comments. And I will take my leave here, Azur Lane’s new update just dropped. See ya!!