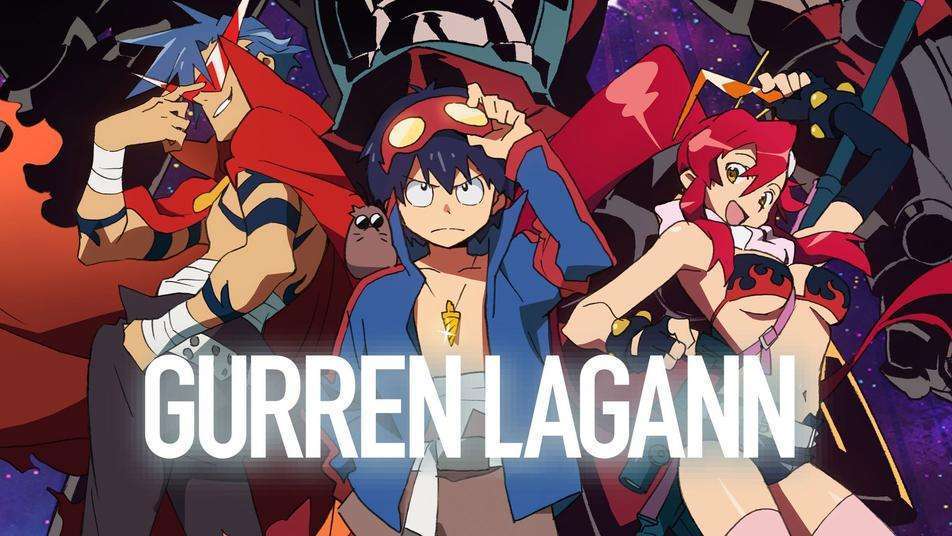 Let’s talk about something a little different this week. I stumbled into this anime blind and I was blown away by all the hype. Sure, the plot is nothing special but, the pacing and hype are literally out of this world. Mecha is a great genre and this anime uses all of the set mecha tropes really well. Yes, you have read the title, this week we are talking about Tengen Toppa Gurren Lagann or just Gurren Lagann.

Welcome back to another edition of our anime recommendation series! It is the last week of February and I decided to end this month on a very high note. If you want to see some action with some comedy and a lot of hype, Gurren Lagann will sit well with you. With that said, let’s get into some more details. 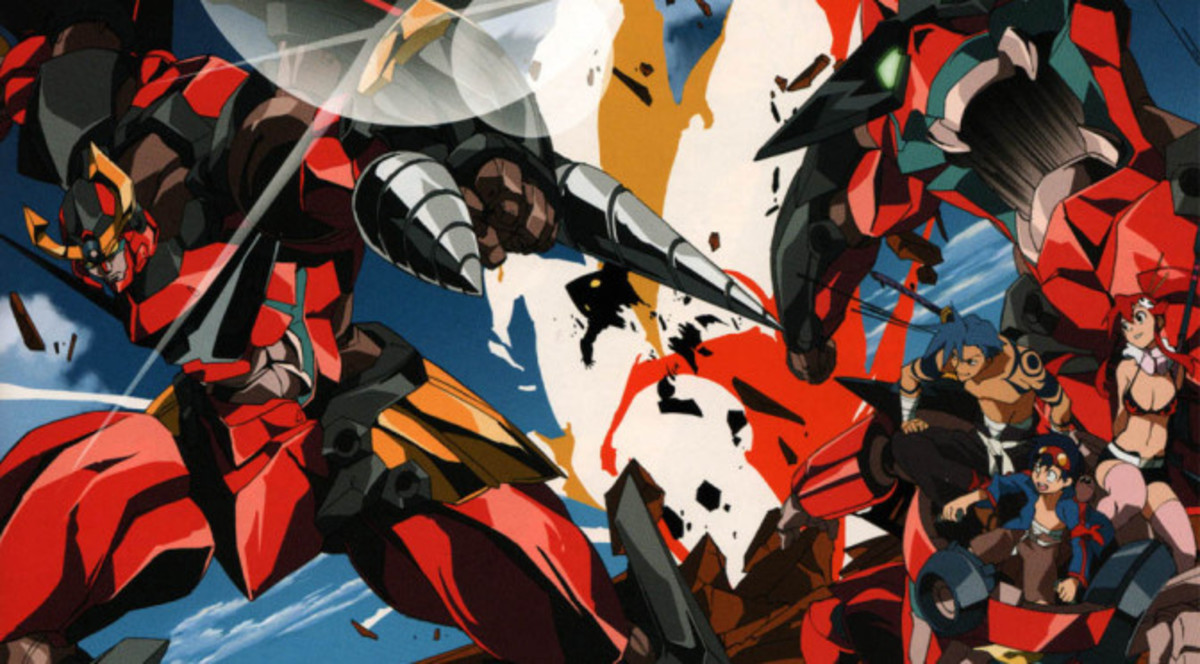 Gurren Lagann is an original anime by the studio Gainax. It is 27 episodes long and originally aired from 1st April 2007 to 30th September 2007. It has a whole bunch of spin-offs, side stories, and alternate adaptations. This anime version is the original one, you can watch any of the other stuff after completing this. Although, this anime alone is enough in my opinion.

Gurren Lagann has a very simple plot filled with ample plot twists and great pacing. The plot itself isn’t that special but the pacing and build-up to everything make it super worth it. Not to mention, it has some very awesome fights including a very over-the-top finale. And of course, I can’t forget that awesome soundtrack either. It is also the 63rd highest-rated anime on MAL; which is pretty crazy. 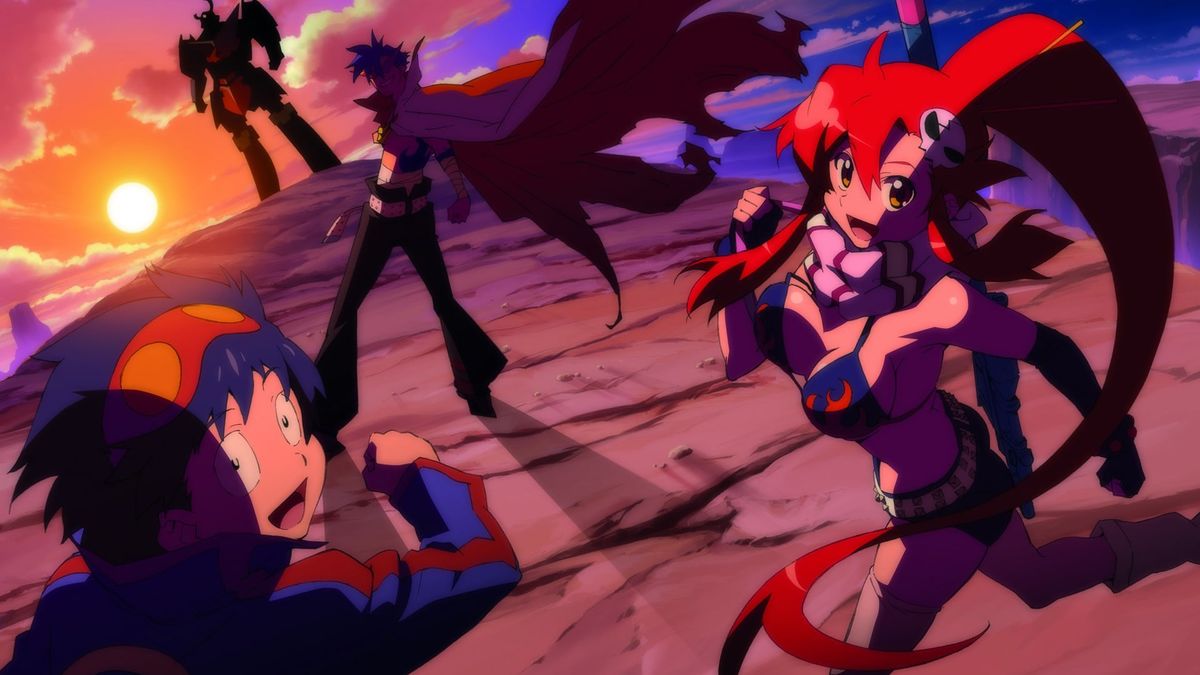 Gurren Lagann’s setting is fairly straightforward. Both main characters, Simon and Kamina are raised in an underground village; only hearing stories about the fabled surface. One day, they both discover an old mecha and use it to fend off an attack from the surface with the help of a girl called Yoko Littner. They then join the fight against the “beastmen”, people who terrorize humans to live under the surface.

Yes, Gurren Lagann starts off that simple. But the thing is, the scale of everything in this show increases so quickly; it’s just crazy. A battle to reclaim the surface slowly turns into a whole galaxy-wide conspiracy. I won’t elaborate any further, go check it out yourself. It is a simple plot but the pacing and the plot twists make it interesting and fun to watch. 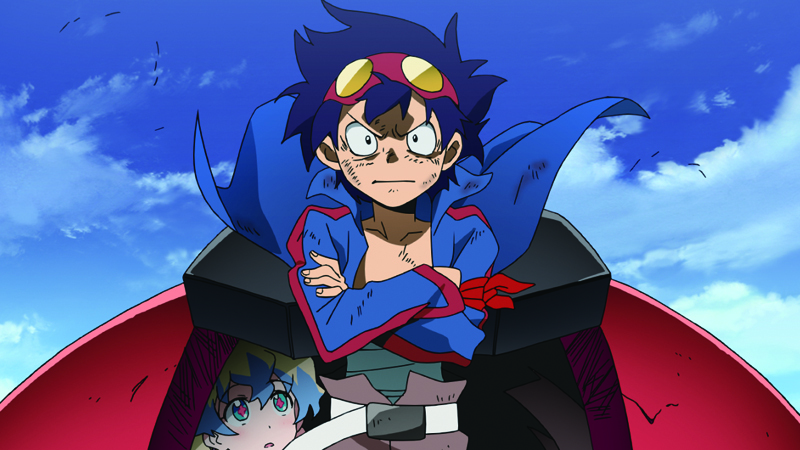 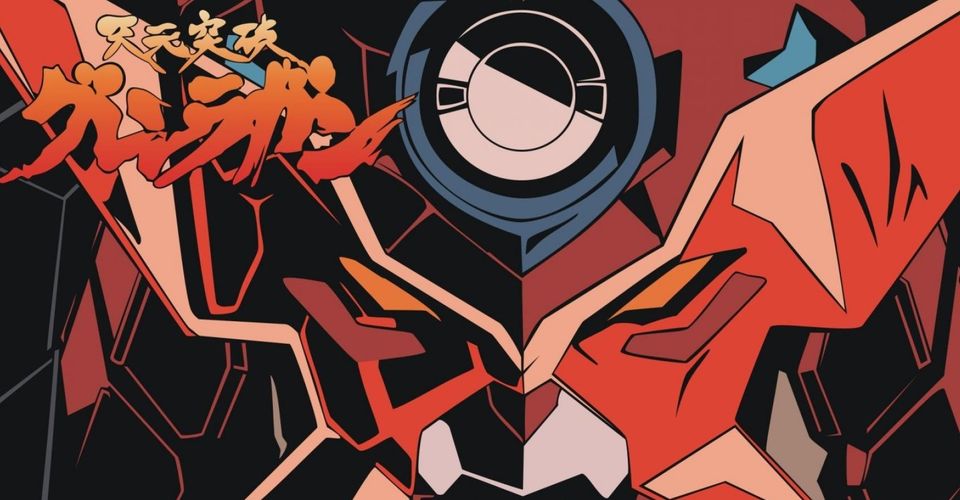 Gurren Lagann’s are definitely above average for 2007. Even today, the animations look really really good. They’re colorful and fights are fluid. Aside from that, the soundtracks are just awesome. They play a huge role in making the fights more intense and building up the hype. Gurren Lagann has really good soundtracks man.

Why should you watch Gurren Lagann?

Here are some quick pointers on why you should check out Gurren Lagann.

That is all for now. Let me know what you think in the comments. Shield Hero season 2 is coming soon; I am really excited about it. With that said though I will take my leave here. See ya!