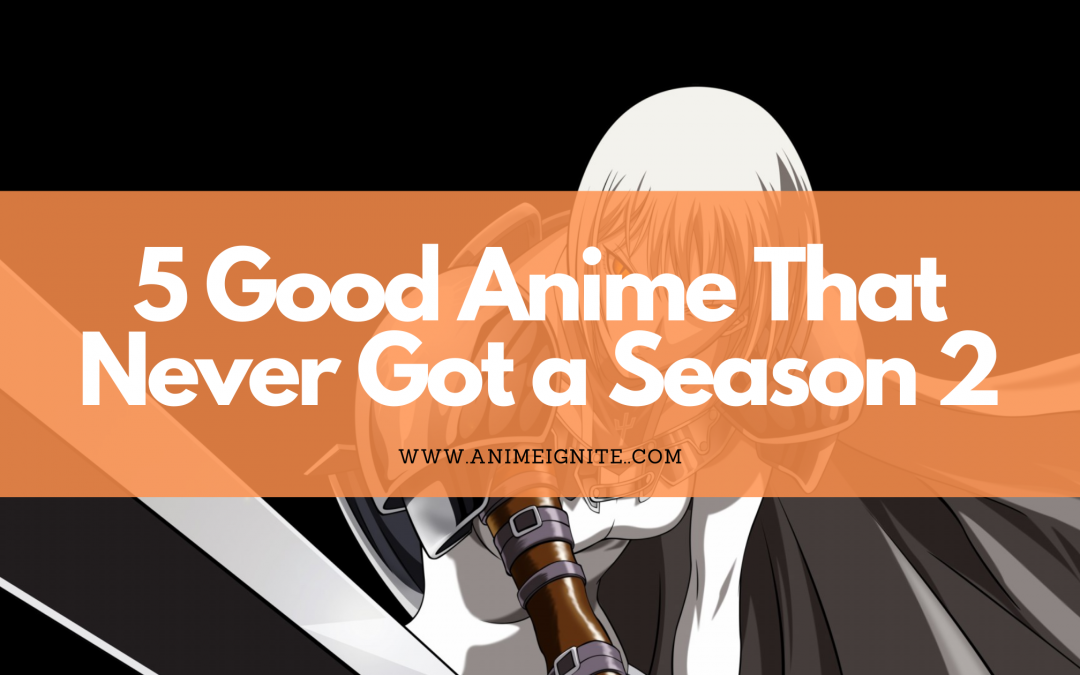 Every season many new anime come out. Many times these get ignored because of the hyped adaptations or sequels. Hence, it is a common occurrence that sometimes good anime does not get sequels. It may be because the anime did make enough money or it was not popular enough. Whatever may be the reason, here are 5 good anime that never got a sequel.

To kill Shapeshifting demons that have a thirst for human blood called “Youma”, Youma-Human hybrids called “Claymores” (yes, named after the swords they carry) are created. Claymores are characterized by silver eyes and swords of course. Now, it may sound like a very typical fantasy anime setting; what sets Claymore apart is its world-building and adrenaline-pumping fights. The fights are gory as hell. Think of it like AoT season 1. That level of gore. Now the world-building, it’s very good which is very uncommon in this type of anime. The anime is a bit different from the manga. It is one of the rare cases that the story followed by the anime is actually better than the manga. Madhouse did a good job as (almost) always with the animations. The fights look even better because of the animations.

I have no idea why this did not get a 2nd season yet. From what I have seen, the anime did fairly well and manga is rather famous as well. Sudou Kaname, a normal high school student has his life completely changed when he decides to play a game on his friend’s invite called “Darwin’s Game”. On his way home from school, he decides to start his 1st match. However, rather than in the game, the match was an actual fight to the death. Kaname eventually makes his own guild and decides to “clear” the game to save people from the eventual death that awaits them in-game. In just 11 episodes, Darwin’s Game manages to pull both excellent world-building and character development. Kaname’s character grows significantly in the last 2 episodes. The animations are amazing and the fights are nothing short of pure badassery. I have no idea why its season 2 has not been announced yet.

3 teenagers Sakamaki Izayoi, Kasukabe You, and Kudou Asuka, who possess psychic powers, are completely bored with their daily lives. That is until; they are summoned to a parallel world called Little Garden by a rabbit (literally). The rabbit explains that they have been given a special chance to participate in high-risk high reward games but, to participate they must be in a community. The rabbit then asks them to join her community and help her reclaim its lost honor and name. Again, I have no freaking idea why this anime did not get a sequel. The anime is rather famous and I’m sure there is plenty more content left in the Light Novel. All we got is was an OVA and even the anime is 2 episodes short of a normal 1 cour anime. This anime really put some effort into world-building. Its story was looking interesting too but, sadly we never got more. The animations are fine. Above-average but nothing outstanding. The anime is still really good. You cannot ask for anything more than this in a 10 episode anime. 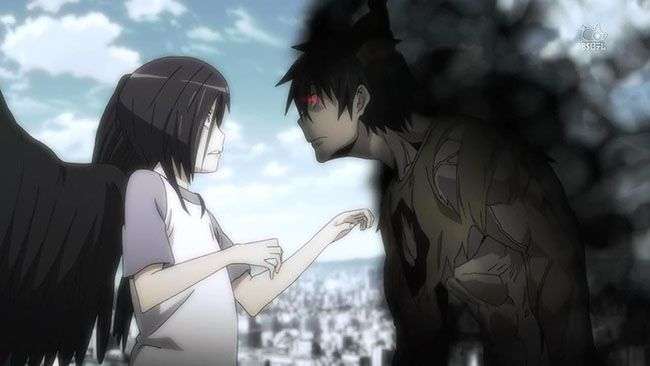 Hataraku Maou Sama (The Devil is a Part Timer)

I have talked about this anime twice before. But, I can’t help it. This anime is just that good. This anime got ignored mostly because of the season it was released in other than that I can’t think of any other reason why this did not get a 2nd season. I mean this anime has all the good stuff comedy, good story and world-building, good animations, strong af MC and a tsundere heroine. What more can you ask for in a 13 episode anime. From the start to the end, this anime is a blast. It really would have been very exciting to see the 2nd season of this anime. Go watch it, if you have not already. You will enjoy every moment of it I promise.

No Game No Life

If you have been watching anime for a little while, you knew this was coming. Easily one of the best isekai out there. Adoptive brother and sister Sora and Shirou are masters of every game there is and view the real world as a lousy game too. One day, they receive a strange email challenging them to a game of chess. As soon as they win the game, they meet the god of games, Tet. He then takes them to a world where everything from petty quarrels to wars between countries is resolved through games. There are 10 rules to follow while challenging someone to a game. The most important of them being, each party has to wager something of equal value. It has been almost 7 years since the release of this anime yet, there is still a growing loyal fan base hoping that it will get season 2 sometime. I have no clue why this did not get a season 2. This anime is massively popular and for good reason. Madhouse is sure to earn quite a bit if they do a 2nd season for this anime.

This is my list of 5 good anime that never got a 2nd season. If I writing this list last year, I would have put world trigger here too. Let me know what you think down in the comments. I know there are a lot of good anime that never did get a sequel. These are some of my favorites among them. With this, I will take my leave. See ya in another article.