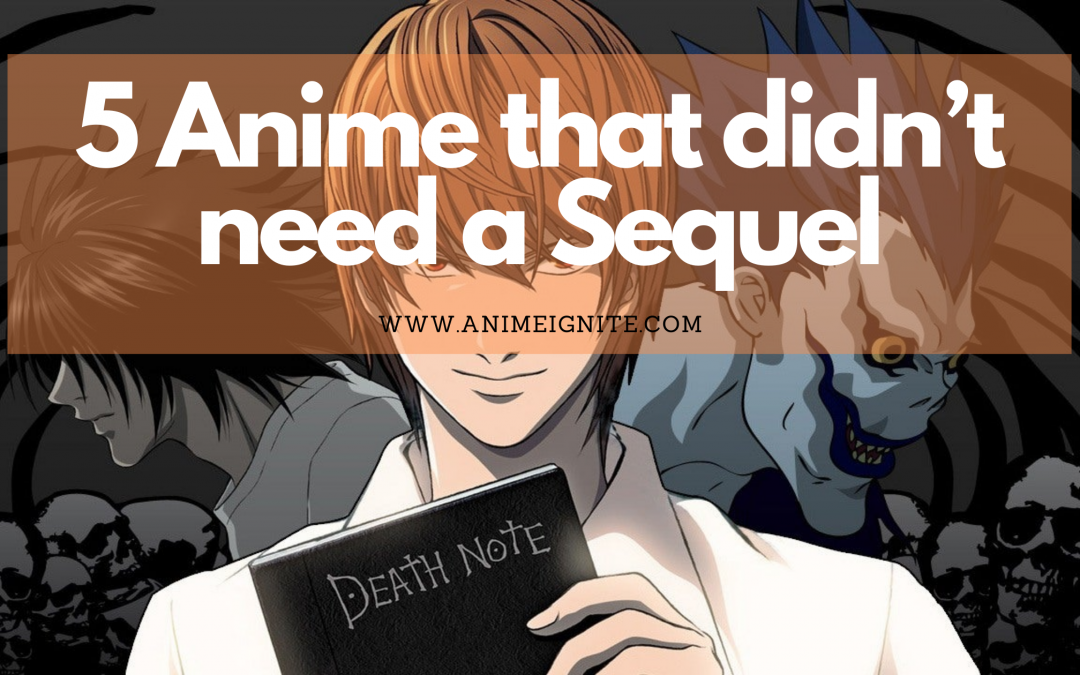 In the last article, I spoke about anime that were good but, never got a sequel. So, I decided to go in the opposite direction and do this list. In this article, I list a few anime that should not have been extended or just did not receive the sequels that they deserved. Some sequels really destroyed what the series stood for or skipped too much content from the source material or just did not get it right. Here are a few such anime so, let’s dive right in:

Now, the 1st season of Psycho-Pass was a masterpiece. Gen Urobuchi is one of my favorite authors. He has written 2 other masterpieces Mahou Shoujo Madoka and Fate/Zero but from season 2 onwards he was not the one writing Psycho-Pass. Everything about the 1st season was perfect including the ending. There was no need to expend it yet, they did, and that too without Urobuchi (he may have able to save season 2 and 3 who knows). The main antagonist of season 2, Kamui feels like a cheap rip-off of the season 1 antagonist, Shougo Makishima. The movie however was good. I mean it was good because Urobuchi wrote it.

Before SAO fans get triggered listen to me, 1st half of the 1st season (the aincrad arc) was a masterpiece. It was beautiful. I love every moment of that arc. If the aincrad arc continued for 100 episodes clearing 1 floor per episode, I would have watched it without a single complaint. But sadly, the aincrad arc came to a very sudden end and after that, the series just died. Everything just went downhill after the aincrad arc ended.

Apparently, the author realized how much the fans love the aincrad arc, and hence, he treated us with Ordinal Scale (a movie in which aincrad floor 100 boss was beaten) and SAO: Progressive (basically a detailed retelling of the aincrad arc). So, I hope from the bottom of my heart that Progressive is properly adopted into an anime and we get to everything floor by floor. Even if takes a long time to come out.

Again, listen to me before you get triggered. The 1st season of the anime was very good. In fact, the manga is brilliant as well but, the adaptations we got past season 2 were absolute trash. Even the animations died in both seasons of re. Season 2 very rudely decided to change the full story of that portion. The portion that the anime replaced with a separate story was one of the best portions in the manga. A lot of character development occurs during that especially for Kaneki but, none of it was shown in the anime. And the season 3 proceeded as it would normally like the anime season 2 never happened. Season 3 and 4 could have been good but, they had so much cut content, so many missing explanations, even complete scenes are removed.

Kaneki had so many conversations with Rize and his other personas which provide a substantial amount of his character development but, only a few of these are shown in the anime. Go and read the manga sometime, it is so good that will be begging for a reboot for this series. If it like ever gets a reboot, I seriously hope it does justice to the manga.

Suzumiya Haruhi no Yuutsu (The Melancholy of Haruhi Suzumiya)

This one is a bit different from the other entries on the list. It actually deserved and got a 2nd season but, it was adopted too poorly. KyoAni seriously decided to spend 8 full episodes on an arc that they could have ended in 2-3 episodes and moved on to the next arc. Why just why? The series and KyoAni got so much hate because of this. They did get their payback with the movie though. Still, it does not change the fact that the season was trash. They could have done so much more with it but they did not. I can’t imagine the pain of people who waited for the 2nd season to come and then they were met with this disappointment. It is a huge black mark on an otherwise good series and studio. Except for the 2nd season, the rest of the anime especially the movie is rather good. Yes, this one will trigger a lot of people again. Calm down and listen to me here again. The first 25 episodes of death note a psychological war that no other anime can ever match. The 1st half of the anime is nothing short of a masterpiece. But, it would have been better if it ended on the 25th episode instead of continuing. Light of all people lost to a mere child and a trap? Both of whom are not even equivalent to L’s shadow? Sure L trained them to be his successors and all but, even both of them together are not half as smart as L and Light lost to those 2? What the hell?

The last 12 episodes of the series just died. Light’s character was getting worse each episode. Now you will say that his god complex had reached its limit so he was not thinking straight. Light is not that soft. No matter the emotional condition, Light had shown the ability to stay calm in every situation. Come on man if you wanted Light arrested or killed, L should have been one to do that. N and M are nowhere close to him.

So here was my ranting about bad Anime sequels. In some places, I was just expressing my hatred at how some of these sequels destroyed a very good franchise so forgive me for that. Let me know down in the comments about more bad sequels or just anime that are perfectly good without sequels. I will take my leave with this. See ya in another article. 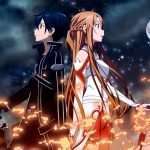